uTorrent is a free client for downloading and transferring files via peer-to-peer networks (P2P).

It is the fastest and most convenient program for downloading torrents. It allows you to download books, music, movies, software, and video games and share your downloaded files with other users.

Utility uTorrent supports not only torrent files but also magnet links, which is much easier and more convenient for most users to use. At the same time, the program allows you to activate an unlimited number of downloads. In the process of file exchange, you can set the overall download and upload speed, as well as set limits and priorities for each download separately. Additionally, uTorrent can automatically adjust traffic parameters depending on the current state of your network connection, which allows you to continue downloading at a high speed even if your Internet connection is unstable.

To search for content, you can use the built-in Google search engine and set up a search for torrents by RSS feeds with automatic or selective downloading. It’s worth adding that downloading torrents is not the only function of the program. With a built-in media player and support for streaming technology, you will be able to watch videos and listen to music while downloading. uTorrent Video Converter lets you see a full-screen image, offers the ability to change audio tracks and subtitles and remembers when playback has stopped.

uTorrent is also capable of a lot of fine-tuning, allowing you to download files at scheduled times, encrypt traffic, use UDP and HTTPS, and redirect traffic through proxy servers and VPN. It also includes an anti-virus that scans files for malware when they’re being downloaded.

Additionally, the developers have added the ability to remotely control the program via web browsers on another computer or mobile device.

This version does not require installation on your computer and can run directly from a USB drive. At the same time, uTorrent Portable has all the functions of the classic version and shows high performance with low consumption of hardware and system resources.

Special mention should be made of the web version of uTorrent Web, which has been created by the developers as a plug-in for the popular browsers Mozilla Firefox and Google Chrome. It also opens torrent files and magnet links, allowing you to watch videos and listen to music while downloading without overloading your Internet browser.

In addition to the classic free version with a set of basic functions, the developers of youTorrent offer a commercial edition with an increased level of security and anonymity in the network. It also includes a number of additional options.

The uTorrent program is used on the following operating systems:

Download uTorrent from the official site, which we indicate in the review, and choose the type of OS that suits you: Windows or macOS.

How do I install uTorrent on a desktop?

Install uTorrent from the file you downloaded on your Windows or macOS PC.

How do I install uTorrent on the smartphone? 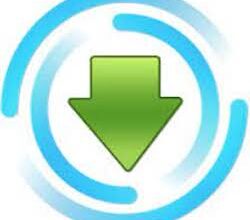 MediaGet
Google Chrome hotkeys that everyone should know
Can I store my passwords in the browser Chrome, Firefox, Opera, Safari? 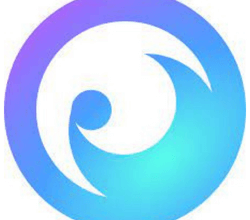